DOWN?
Did you say down?

The 700 Cuin US down, almost 100% down from Windsriders down jackets comes exclusively from geese. It is a white down of excellent quality, which can however include some very small feathers.

In our conversations with the manufacturing workshop, we understood that this down comes from large intensive farms. It is harvested and processed to meet European health standards and obligations.
Goose down is harvested about three times a year. It arrives at the workshop packed in extremely compressed packages.

Once the down has been included, by hand, in each cell of the garment, you will have to wait, leaving the jacket flat, and preferably outside, in the sun, and wait about 3 hours for it to take up its full volume. The better this down is, the better it compresses, and the more volume it will take. If your down jacket doesn’t seem to inflate properly, proceed this way.

We are of course sensitive to the harvesting conditions but we have decided, however, in view of the lack of certainty and the difficulty of production in Nepal, to favour our “human” approach, even though we are aware of the best to do in animal treatment.
The very small size of Windsriders does not yet allow us the choice and the requirement of a guarantee of origin, but we draw your attention to the fact that at present, no synthetic material (Primaloft included) brings the warmth, the swelling, the quality of a super goose down.

If you really have a problem with down, Windsriders offers, since 2017, the Wind Primaloft jacket, a 100% synthetic, purely vegan jacket.

Excerpt from a great article in Carnet d’aventures and Expémag. Thank you Team!

Fill power (or “cuin”, for “cubic inches per ounce”) is the thermal insulation capacity of the down by “trapping” a certain volume of air.
The cuin is measured in the laboratory: the volume of a sample of down placed in a cylinder and subjected to the standardized pressure of a piston. There are multiple methods for testing the swelling power of a down sample: several measuring devices can be used, as well as several pre-conditioning methods. For the products that concern us, we often hear about three standards: The IDFB international standard (Ref: IDFB Part 10-2010): it recommends the use of a 28.8cm diameter Lorch cylinder, a 30g sample, and – since 2006 – down conditioning by steam injection (steam conditioning). The European standard (Ref: EN 12130 / PAS 1003), which uses a 28.8cm diameter Lorch cylinder, a 20g sample, and – since 2003 – tumble dry conditioning. The old American standard (Ref: FTC 148a-1964), which was in force before 1999, used a 24.8cm diameter USA cylinder and a 28.35g (one ounce) down sample. The packaging was not specified at that time, as the above-mentioned methods did not yet exist. This US standard was officially abandoned in 1999, the USA-2000 standard stipulating that the IDFB standard became the reference for the measurement of fill power. However, some manufacturers still refer to this old measurement method, and claim to test an ounce of down in a US cylinder (usually with steam conditioning). There is a great deal of confusion between the different standards, sometimes fuelled by contradictory or inaccurate information from some manufacturers. The wealth of information on the web is not necessarily up to date, as standards evolve over time. We have tried to clarify this by questioning the FDI and asking sleeping bag manufacturers to provide us with their test reports, but not all of them have done so (or have any). According to some sources (IDFL and manufacturers), we can estimate that, for the same sample, the old US cylinder gives a cuin 4 to 5% higher than the Lorch cylinder (for values higher than 700), and that the EN 12130 standard (the most severe) gives a cuin about 10% lower than the IDFB standard (for down that has been compressed for transport), mainly because of the difference in packaging method. Translated with www.DeepL.com/Translator (free version) 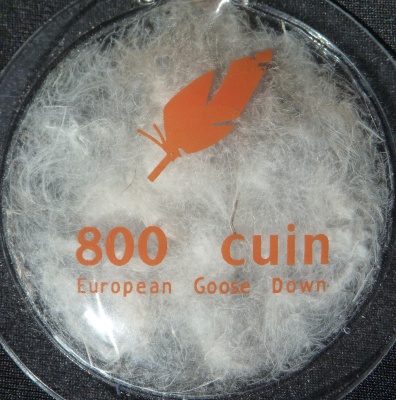 Today, the IDFB standard is widely used. Steam injection conditioning, which many criticized (or still criticize) for giving artificially high results, actually allows a more reproducible measurement, as it is less sensitive to possible prior manipulation by suppliers. The variability of the cuin measurement is still estimated at ±5%, not counting the variability of the samples themselves. Double measurement is recommended and practiced by the IDFL.

In any case, be aware that the result obtained, if it tries to recover the “original” swelling power of the down, is quite far from the swelling power “usable” by the sleeper (because of the treatment but also because of the conditioning time, generally 72 hours, which is much more than the time it takes to prepare your bag at the bivouac…). Moreover, if there has been a general increase in the number of cuins over the last ten years, it is above all a consequence of the evolution of packaging methods…

A slight change was made in 2012: the IDFB has decided to get rid for good of the American ounce for the unit used (but not inches…), and now announces the results in cuin (cubic inches) for 30g of down instead of one ounce (1oz = 28.35g). But the result is unchanged, only the unit indicated on the test reports is modified.

Last precision: the “+” sign added by the manufacturers theoretically means that all the samples tested make at least this value, and that it is not an average. But as for the rest, the manufacturer is free to interpret the results, and to indicate what he wants… 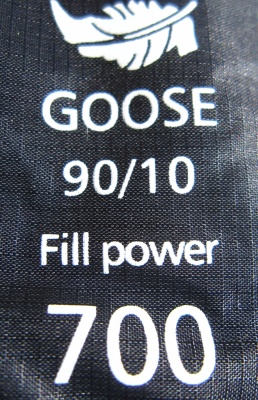 A priori, the more down the sleeping bag (or down jacket) contains in relation to the feathers, the more effective the insulation is. We sometimes read that a certain percentage of feathers is beneficial for maintaining down, which is refuted elsewhere… Down manufacturers and suppliers often make the down/feather ratio a commercial argument, but a percentage of 100% down is almost impossible to achieve without manually sorting out the remaining feathers…

It is difficult to find one’s way between the different labels: there is an important difference between European manufacturers who normally apply the EN 12934 standard and those who use the USA-2000 standard. Other standards exist but they are of little concern to us… These standards also define down classes, which is of little importance to us since the down in the bags we test is generally class I.

While the European standard is stricter on the measurement of fill power, it is more permissive on the down-feather ratio and the species label. In fact, an EN down marked 90/10 contains at least 85% down including a certain “allowed” proportion of down fibres (i.e. maximum 5% of the quantity of flakes), while a US down marked “minimum 90% down” contains at least 90% down flakes without taking fibres into account. This makes a difference of appreciation of about 9% for an equivalent label (the 90/10 rating being more widespread in our country) .
For the EN 12934 standard, a “100% down” label means at least 95% down (including fibres), and any intermediate classification does not comply (although some manufacturers announce values such as 93/7, 95/5, 96/4…). For the USA-2000 standard, it is the “minimum 95% down” label that is at the top of the scale .

For all these reasons, beware of hasty comparisons. The percentage of feather down should not, in our opinion, be a determining factor in your choice of sleeping bag.

Label of the species used 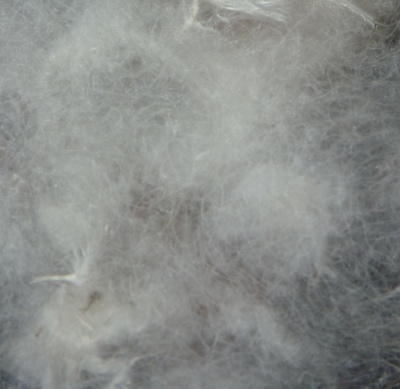 In many cases, the down used is a mixture of geese and ducks (and sometimes other land birds, but the bags we test are not affected). Again, not everyone is housed in the same way.
You should know that a product labelled “goose down” is likely to contain up to 30% duck down for the EN 12934 standard, and only 10% for the USA-2000 standard. Similarly, an EN down labeled “pure goose down” may contain up to 10% of other species.

That said, while duck down is less prestigious (and less expensive) than goose down (except for the extremely rare eiderdown), the IDFL reminds us that there is no difference in quality for the same amount of down. It is therefore this last criterion that should guide your choice.
Similarly, there is no difference between white goose and grey goose: only the darker colour of the grey down that can be seen through certain fabrics.

IDFL: International Down and Feather Laboratory, testing, research and auditing laboratories, on the quality of down and feather, but also synthetic and textile fillings.
You will find on the IDFL website many documents related to down, but beware, not all of them are up to date, and you may have to sort them according to the history of evolution of standards mentioned in our article.

Thank you to the IDFL for its interest in our survey, and for its accurate answers.

Survey carried out by Julien from the Expemag.com testers’ team